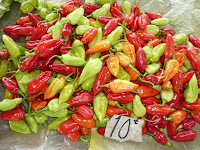 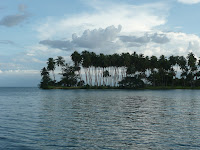 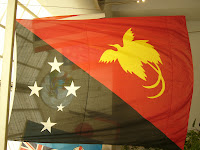 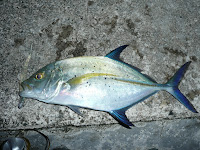 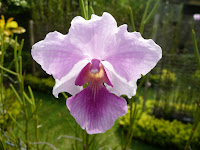 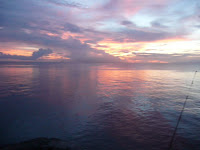 Finally escaped from Goroka and took the leisurely 7 hour drive down to the coast via the Markham and Ramu valleys. The descent from the confirmed, once again, PNG’s big country, dramatic landforms, and amazing humanity – people package. The drive proved to be interesting but also extremely exhausting …… not only having to contend with motor-mouth Moses’ front seat driving and running commentary but the fact that I drove the entire distance as well……… 7 hours for not much more that 350 kms. On the trip down the pass we came across PNG’s bounty once again in the form of roadside stalls selling freshly cooked / fried tilapia and carp caught or netted from the Yonki Dam. The dam, with a hydro-electric capability, provides power to a number of provinces and their capitals and is a stunning expanse of water ideal for outdoor recreation / water sport although this appears to be a largely untapped opportunity.

﻿
The broad flat Ramu – valley, running roughly north – south, bakes in a sub-tropical heat which is heavy and oppressive unlike the moderate . Parts of the valley are under sugarcane and copra – coconut oil palm cultivation and we also came across occasional planted pasture supporting beef farming. Foreign investment in PNG, although great in certain respects, smacks of exploitation ….. the Malaysians, Indonesians, South Africans – Harmony Gold Mine,Ozzies, Chinese etc… and it sickens me somewhat because in the long run it hurts both the PNG people and the environment – EIAs and ISO systems have yet to reach PNG seemingly and its plunder away as has been the case since the 1960s. Apparently the local PNG mining industry really enjoy and get on well with the South Africans … they enjoy their no nonsense approach.


7 am Monday….. Madang Lodge…decided to have a leisurely lie in this morning and for the first time had a solid, albeit broken, 8 hours sleep. Most mornings I’ve been up before the birds, flying foxes and even the sun…. I’m within spitting or rather crawling distance of the sea and its very quiet and relaxing….. the aroma of bacon and eggs teasing my senses but I only have eyes for my Cadbury’s Brunch bar purchased up in Goroka on my daily per diems and rationed out for daily breakfasts for the next couple of days. The Madang heat certainly smothers much of one’s appetite and its not a bad thing when trying to scrimp & save generally.

Michael and I went up the north coast yesterday and it was pleasant and refreshing to drive for hours only encountering roadside villages without any hint of crowds or other tourists. PNG certainly offers something very different as a potential tourism destination…. As the catch phrase goes… expect the unexpected and one has to try and banish all expectations / preconceived ideas and take it as it comes. Essentially, there is very little to do but that in itself is the uniqueness of PNG …. It forces you to slow down, catch your breathe and view many things with fresh eyes and from a different perspective….. I’ve still to get into that mode completely but with time could get there. Madang is surrounded by a semi-circle chain of steep, almost impenetrable mountains adorned in mostly virgin sub-tropical forest …. Wild jungle … and after the Amazon, PNG has the special distinction of having the second largest untouched – relatively anyway – natural remaining resource. Most of the time the hills and mountains are cloaked in cloud so its not always possible to grasp the sheer magnitude of the terrain and vegetation.

My heart goes out to the poor souls who, over the years have tried to tame the jungle…. Explorers, missionaries, invading armies…. Japanese and Allied forces alike. On part of our travels we came across an old Japanese airstrip … quite close to the main road which serviced Japanese forces during the war and was eventually bombed out of existence at the bitter end. Its merely a clearing in the forest  - completely overgrown and most of the plane wrecks … transporters, bombers and fighters have been swallowed up by the re-growth and buried for ever – perhaps the way it should be. I still marvel, though, at the folly and feats of mankind and it was sobering being out there … not exactly in the deepest, darkest jungle (legs and ankles savaged by mozzies) listening to the sounds of battle and the cries of displaced, fearful and sick men. We came across many old bomb craters, filled with stagnant water…. Ideal breeding grounds for millions of mozzies. Michael also confirmed that beautiful Madang also has another interesting claim to fame – a particularly virulent strain of malaria.

It was great spending time with Michael and despite being a Highlander his local knowledge is pretty good. Formerly an entomologist with the Madang –based Coconut and Cocoa Research Institute, his wife and three sons remain on the CCRI compound complete with staff housing while he continues to work for FPDA in Goroka. A hellish existence for him and his young family because he lives in a pokey room in Goroka and his family live without a father / husband for months on end. Michael’s wife also works for CCRI so at least they have an additional income and a great working / social community within which they live.

My knowledge of the cocoa, coconut and copra – palm oil cash commodity crops in PNG is pretty complete… thanks to Michael and once again PNG is world leader in the export of highest quality raw palm oil, coffee and cocoa. Its so sad that there are no down-stream processing / manufacturing industries that turn the raw cocoa beans into powered cocoa, chocolate etc….   The raw materials are purchased locally at a pittance and paid over to the local farmers…. Exported to Europe and I should imagine that countless middlemen make a fortune on the way with next to nothing coming back to the source or country of origin.

An absolute highlight of my stay thus far was witnessing, in a crowded local pub – as the only whitey-expat, the Kiwis obliterate the Kangaroos in the final of the World Rugby League Cup. Very early on I shared my ‘undying’ support for the Kiwis despite the Aussies going into a 10 point lead early on in the match…..  seems as if the locals love supporting an underdog and have a clear preference for the Kiwis over the Aussies. The rest is history …. As they say…..  I beat a hasty retreat when the match ended as there were some very pissed locals getting a bit out of hand. The Kiwis had been totally written off in the media …. As is usually the case especially by the Aussie media but they won in true fighting style with a great flourish, convincingly and with panache too. I guess most of is in mourning.

Anyway, took another spin through the market place today with Michael and his son Oliver. We came across an interesting cooked food section with an amazing variety of fried and smoked fish with huge mixed slabs consisting of sago, banana and coconut cooked in banana fronds. This all looked only mildly appetising and I decided that discretion was the better part of valour.


I found myself drawn back to the market repeatedly because its such a central part of PNG life - its a vibrant, rich and colourful spectacle that is so mesmerizing. Its the heartbeat and soul of PNG society and has been so for centuries. No two markets are the same whether a coastal or highland one; fresh produce or betel nut; rural or urban.  Immersing oneself in this ambiance, charm, character and harsh reality is an absolute must for any first world city-slicker. Women, unfortunately, bear the brunt of the hard physical labor (manual horticulture involving preparation of the land, planting, tending and eventual harvesting) that it takes to bring high quality produce to the market. Despite this, they bear this burden with dignity and good humor.

Today was a bit of pay back time to Michael for having devoted quality time to taking me around so I happily paid for the light, inexpensive snacks here and there as well as a somewhat disappointing lunch. Despite their low earning capacity, the coastal folk appear to have a great standard of life and appear to be healthy and happy. Michael is heading off at the end of this week to attend a week long conference in Melbourne followed by a 2 week field trip to northern Queensland – his first trip ever to Oz…… can you imagine the culture shock. I did mention, in passing, that is extremely expensive and I just hope that they will be well looked after by their hosts without having to dip into their own pockets… they certainly won’t get very far. Michael…. As a special projects officer earns a cool 30 000 kina a year….. roughly AUD 18 000 pa. The managers at FPDA earn almost four times as much as he does and in my opinion, do far less – what a crazy world!!

Anyway, Michael and Moses return to Goroka with the vehicle tomorrow which leaves me with a day to do some foot slogging on my own…..we’ve pretty much covered all there is to see and do in Madang. I’m still battling with the energy-sapping heat and when that’s combined with disrupted sleep patterns … it leaves one pretty washed out – its been great though!! I’ve done the snorkelling thing at Jais Haben …. A resort approx 15 kms north of Madang but after 2 hours in the tepid seawater and being baked from above and poached from below I was happy to tick that box off. What is amazing though is the huge amount of offshore islands, many pristine and uninhabited.

Mmmmmmmmmmm…. the big white bwana…… or rather coconut….brownish on outside and white…………... Strangely enough … I’ve recently been introduced, fondly, by my PNG work colleagues as the white African….. white on the outside yet black on the inside…….  causes great laughter and have taken this as a compliment – have developed some really close friendships in recent weeks and have spent a great deal of time working on my inter-personal relationships with lower levels of staff as well as management. Folk here have warmed to a caring and genuine interest in their welfare and development.

Posted by Barry Greville-Eyres at 12:47 AM