Pics and words by Barry Greville-Eyres

In antiquity, with a documented history that spans over 3000 years, Sri Lanka was known to travellers by a variety of exotic and imaginative names. Known in India as Lanka or Sinhala, ancient Greek geographers called it Taprobane  and Arabs referred to it as Serendib (the origin of the word serendipity) Ceilão, the name given to Sri Lanka by the Portuguese when they arrived in 1505, was transliterated into English as Ceylon. As a British crown colony, the island was known as Ceylon; it achieved independence in 1948.
The Lion Flag consists of a gold lion, holding a  kastane sword in its right forepaw, in front of a dark red background with four golden bo leaves, one in each corner.  The Bo-Tree  - Ficus religiosa or sacred fig is a species of fig native to the country and region and adds a specific religious significance to the national flag from the Sanskrit Bodhi:  wisdom, enlightened.
Buddhist legend tells of Gautama Buddha attaining enlightment (bodhi) while meditating underneath the Bo – Bodhi tree. Sadhus (Hindu ascetics) still meditate beneath sacred fig trees, and Hindus do pradakshina (circumambulation, or meditative pacing) around the sacred fig tree as a mark of worship. Usually seven pradakshinas are done around the tree in the morning time chanting "Vriksha Rajaya Namah", meaning "salutation to the king of trees."
Around the background is a yellow border, and to its left are 2 vertical stripes of equal size in green and saffron, with the saffron stripe closest to the lion. The lion represents the Sinhalese ethnicity and the bravery of the Sri Lankan nation while the four Bo leaves represent Metta, Karuna, Mudita and Upekkha. The orange stripe represents the Sri Lankan Tamils, the green stripe represents Sri Lankan Moors, and the maroon background represents the majority of Sinhalese, like the lion, this is the colour used in early flags of Sri Lanka by Kings.
Negombo (with an estimated population of 128,000) is an hour long commute, traffic dependent, north of bustling Colombo and in close proximity to the Bandaranaika International Airport.  It provides an ideal staging point to launch off into the hinterland or to tackle other coastal routes. The Dutch showed their preoccupation with and passion for manmade waterways in Negombo like nowhere else in Sri Lanka. They captured the town from the Portuguese in 1640, lost it, and then recaptured it in 1644. Canals extend from Negombo all the way south to the capital city and north to Puttalam, an astonishing distance of 120km. The British then took their turn at colonizing Sri Lanka – Ceylon, ousting the Dutch without much of a fight in 1796. The town was one of the most important sources of cinnamon during the Dutch era and much of this yesteryear European influence is still evident to this day.

Colombo city, with an estimated population of 753,000, is located within the most populous of the nine Sri Lankan provinces. The Western Province (Colombo) is home to 6 million Sri Lankans followed by Central (Kandy) 2,6 million;  Southern (Galle) 2,5 million and Eastern Provinces (Trincomalee) 1,6 million out of a total estimated population of 20,3 million. Colombo deserves a short interlude but with an island nation brimming with bio and cultural diversity, scenic beauty and culinary delights its best to take to the roads for the hinterland or Sri Lankan sun, sea and sand. Although extensive work has gone into upgrading primary highways and expressways, traffic congestion is common so adjust your travel plans accordingly and go with the flow.

Kandy is a moody (described by Lonely Planet as ‘some days having skies that seem to be perpetually bruised’) but thoroughly charming, central highland city (estimated population of 125,000) located at an elevation of 500m some 115km northeast of Colombo. It’s an industrious, must visit city with a cacophony of sounds; kaleidoscopes of colour and culture; kinetic, self-discovered energy generated by the West meeting Asia all thrust atop verdant hillsides and tops. All of this is fortunately tempered but a tranquil, pervading serenity and spirituality. Undoubtedly, the lake is Kandy’s centerpiece and is best traversed, particularly on foot, outside of peak traffic periods where the noise, congestion and pollution issues are largely negated. The manmade lake was created by Sri Wickrama Rajasinha, recognized as the last ruler of the kingdom of   Kandy, in 1807. The modernizing city is seen as a bastion of nationalism in that it served as the capital of the Sinhalese kingdom, which eventually fell to the conquering British in 1815 after defying the overtures, for three centuries, of other colonizing powers in the Portuguese and Dutch. 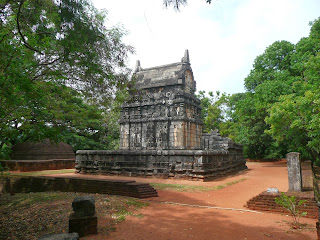 
Sri Lanka is a diverse country, home to many religions, ethnicities and languages. It is the land of the Sinhalese, Sri Lankan Tamils, Moors, Indian Tamils, Burghers, Malays Kaffirs and the aboriginal Vedda. Sri Lanka has a rich Buddhist heritage, and the first known Buddhist writings were composed on the island. ﻿﻿﻿﻿﻿﻿﻿

Posted by Barry Greville-Eyres at 10:20 PM